Configuring Samba has always been a pain in the you-know-what.  There is always some kind of permission here or there missing or misconfiguration resulting in endless hours of log trawling and frustrated users.
My profile photo on this blog was taken during just such a time...

So I decided to build a LAB for Samba 4.  My LAB is for a fresh install.  I have not yet tried an upgrade.  Maybe that will come in a later post.

The Samba4 how-to on their WIKI is very good and formed the basis of most of the work.  (http://wiki.samba.org/index.php/Samba4/HOWTO)

The Samba HOW-TO wiki states that some specific mount attributes are applied to your disks.  Here is my fstab.
[root@samba ~]# cat /etc/fstab

For Iptables, I went with an open configuration.  You should have a good and proper IPTABLES configuration in your production environment.  This LAB is about SAMBA4 not IPTABLES.

Once you do this, routing will take care of itself.

I did not configure bind or dnsmasq for the Domain.  Samba4 Ships with an internal DNS server which is adequate for the purposes of demonstrating Samba4 awesomness.  The excellent BIND Nameserver is supported by Samba4 along with dns replication and all that jazz.  I have not tried it.  If you have, let us know in the comments below how it went.

Once Samba is installed and operational there is a step required to make Samba forward DNS queries to your host's network as well as make the OS resolv.conf use the correct DNS.  This is because dhclient likes to automagially configure your resolv.conf every time you boot.  My work-around is just to overwrite it in /etc/rc.local.

Installing Samba4 is fairly straightforward once you have all the pre-requisites in place.  It's well documented on the samba4 wiki so I won't get into it in any great detail here.

I highly recommend completing the file system and kerberos tests outlined in the wiki how-to. (http://wiki.samba.org/index.php/Samba4/HOWTO#Step_6:_Testing_Samba4)

This is my lab smb.conf.

[netlogon]
path = /usr/local/samba/var/locks/sysvol/samba4.internal/scripts
read only = No

Once these shares were configured in this basic way using smb.conf I was able to browse to the folders in my windows client using as follows:


This was easily the most difficult part of the process for me to work out.  Once worked out though, it's a piece of cake.  Critically your file system must be mounted with the acl mount option.

I have figured out that the most straight forward way of managing file shares is via Windows.  ie: Let samba take care of the acl entries in Linux.

Before creating user accounts its critical to make sure that the windows ACLs are configured correctly for \\samba\home.  Mine are as follows:

First remove inheritance.  IE: The permissions for \\samba\home must not inherit from \\samba.  When removing inheritance hit the remove button and remove any other permissions groups / users listed.

Then add new ones as follows:

Run the dsa.msc snap in.  Installation instructions for the dsa.msc are covered in the samba4 wiki howto.

Create a new user using the "New -> User" task in the DSA Snapin.  The following screenshots show what to do:

Here, on the profile tab you should set the logon script for your user and map the home drive on the connect  button.  When you apply this, the test.user folder will be created on the share for you.  The permissions will also be configured appropriately as per the next screenshot.

Use a similar approach to managing shared folders for group access.

So far I have not encountered any gotchas with this approach.

Popular posts from this blog

December 21, 2012
Importing LDIF files into Samba4 and Active Directory This is part 2 of the Extending AD Schema on Samba4 series.  The examples below are tested using the Samba4 LAB I created.  If you want more information on how that works then please read  http://david-latham.blogspot.co.nz/2012/12/samba4-ga-release-virtualbox-lab.html For part one, please read http://david-latham.blogspot.co.nz/2012/12/extending-ad-schema-on-samba4.html Unfortunately the format of an ldif file for creating new attributes and classes in the Schema Configuration are differ between Samba4 and Microsoft. The tools are slightly different too.  So this article will attempt to make it all clear. Find all the latest versions of code on this post at  https://github.com/linuxplayground/yubikey-ldap/tree/master/microsoft-schema Samba4 - ldbadd & ldbmodify As far as I can tell the only way to create a new class with a custom attribute in Samba4 (on the Linux command line) is first add the attribute with ldbad
Read more 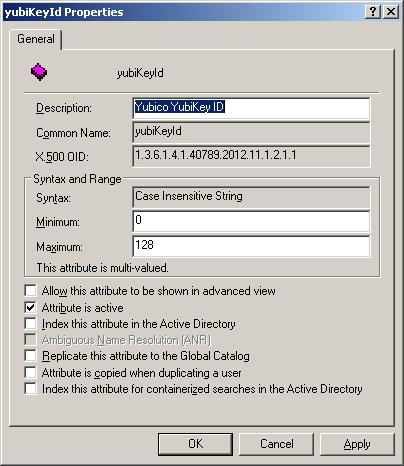 My last post on Samba4 showed how easy it is to install and configure an AD Service on Linux.  If you've not read it then please have a look. ( http://david-latham.blogspot.co.nz/2012/12/samba4-ga-release-virtualbox-lab.html ) This post show's how to extend the Samba4 Active Directory Schema.  Specifically for YubiKey integration. YubiKey's can be purchased for a relativlely low price from Yubico.  Please visit their website (www.yubico.com) for more information. LDAP Integration is very well covered by Michal Ludvig on his website and github.  ( http://www.logix.cz/michal/devel/yubikey-ldap/ ) In fact we are planning to leverage his implementation at our work and are considering donating towards what's obviously a very good cause. Now seeing as though LDAP and AD are so similar and exhibit many of the same APIs, I began to wonder how this might fit in with Samba4.  Eventually we might end up using Samba4 for our domain and so I needed to figure out if I could,
Read more

May 14, 2021
Introduction This post explains how I go about with AWS Cloudformation and Powershell userdata scripts. attaching EBS volumes to Windows EC2 instances identifying them in the OS initializing them formatting them and assigning labels and drive letters. Prerequisites You should know something about Cloudformation and Powershell. The AWS Image you use for your EC2 instance should be one provided by AWS and should have the following utility already deployed to  C:\ProgramData\Amazon\Tools\ebsnvme-id.exe AWS Cloudformation Step I typically do not declare EBS Volumes together with the EC2 Instance declaration in Cloudformation but prefer to declare them as separate resources along with their own ebs attachment resources.  Here is an example EC2 instance with three additional volume declarations on top of the root volume which is automatically mounted on C:\ WindowsServerInstance: Type: AWS::EC2::Instance Properties: BlockDeviceMappings: - DeviceName: /dev/sda1
Read more